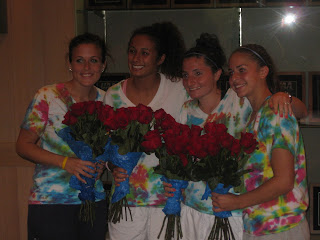 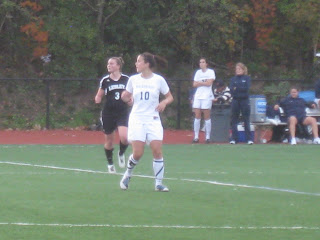 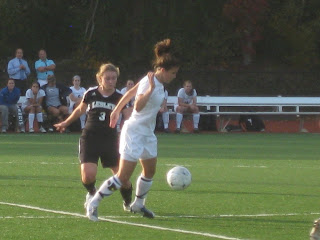 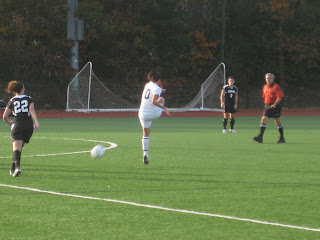 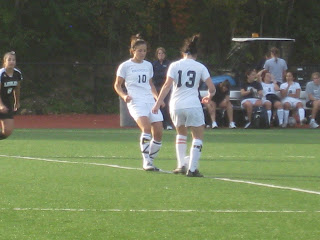 This was a game where a lot of Brandeis players got a chance to pad their stat's. The real games are the next 3 coming up. Here's how Tiffany did last night.
Fellow forward Tiffany Pacheco (Rehoboth, Mass./Dighton-Rehoboth Regional) also moved up in some of Brandeis's career and season lists with a goal and three assists for five points. The three assists give her seven on the campaign and 26 for her career, just two behind former teammate Melissa Gorenkoff '10 on the Judges' all-time list. Her goal in the 74th minute moved her into a tie for sixth on the career list with 29, while her five points moved her into fourth on Brandeis's leader board with 84 points
Posted by Paul at 7:24 AM No comments: Links to this post