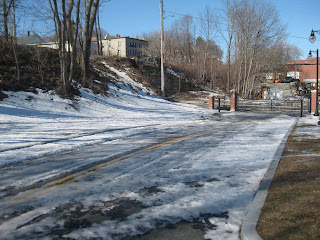 This is the northern most end of the Blackstone path right now. 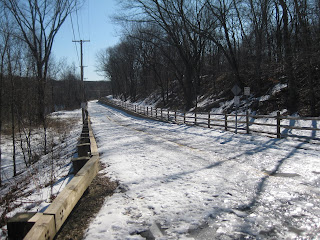 Were we bumming when we saw all the ice. 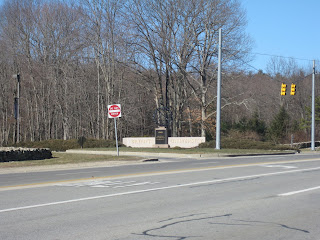 Bryant University, my son Thomas graduated from there. 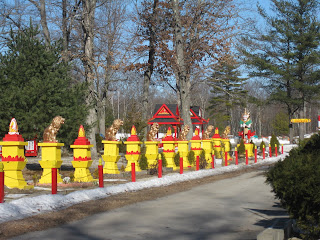 Believe it or not, I think this is someones house. 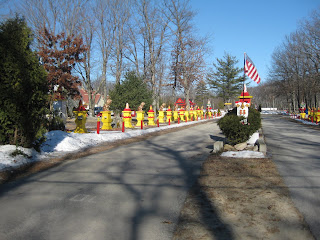 It's on the Lincoln/Smithfield line on Lime Rock rd.

John and I decided to deviate from the club ride at the RT 104 split and head up to Woonsocket and do all of the Blackstone Bikepath. We knew that the paths had cleared out in South County and Cranston so we thought the Blackstone would be clear also. What a shock when we got to the path, not clear at all at the northern end. So we decided to take RT 122 back to the start via RT 116. When we turned onto RT 116 we could look down and see the path. It looked clear for the most part, so we turned into the parking area and could only ride about 50 yards before we hit solid ice on the path leading down to the main path. Snubbed again, so we headed back to the start and ended up with about 24 miles.
Posted by Paul at 6:51 AM No comments: Links to this post