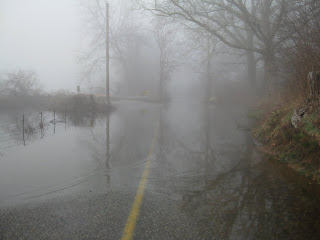 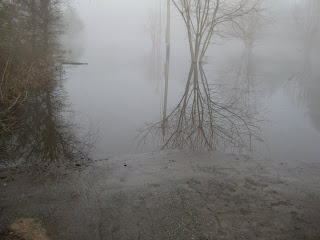 Even though the club cancelled this ride, because of all the flooding, John and I wanted to do it. We started at 7:00 with heavy fog and 39 degree temp's. It didn't take long before we came to the first washed out road and bridge on Boombridge road. It became worse as the ride went on, so we decided to take in as much flooded area's as we could find, to scope out all the damage. Unfortunately my camera battery was dead after two pictures, so there aren't as many photo's as I would like. We still ended up with 47 plus miles and we were amazed at all the damage in the area.

NBW Westerly Ride by paulmnbw at Garmin Connect - Details
Posted by Paul at 3:36 PM No comments: Links to this post