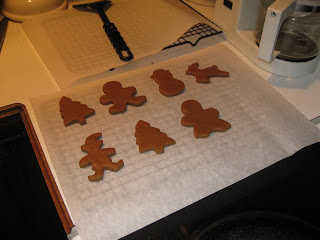 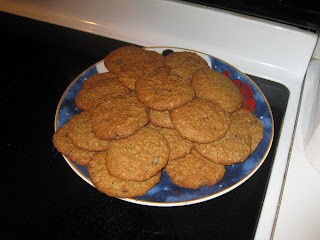 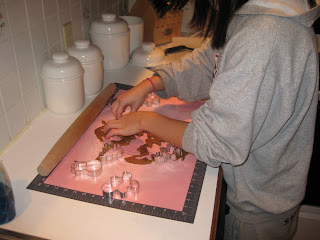 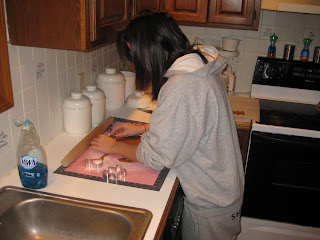 Last night Tiffany and I got started baking cookies. We decided on gingerbread and oatmeal/chocolate chip for starters and we'll bake others as the week goes on. Tiffany did a great job and we even got Barbara to give her a hand decorating the gingerbread cookies at the end of the evening.
Posted by Paul at 7:49 AM 1 comment: Links to this post 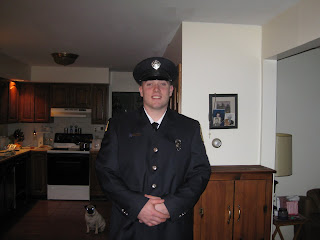 Tim in his dress blues. 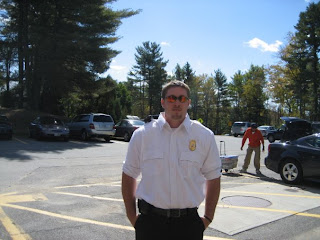 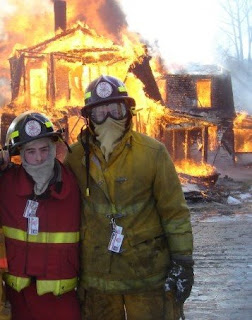 One of Tim's first live burns up at Franklin Pierce. 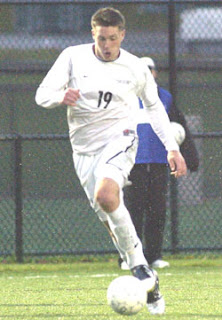 Tim with the ball in one of the games for Franklin Pierce.

Tim's been busy over the last two years. During the summer between his sophomore and junior year at Franklin Pierce he had to make a tough decision. He had to decide on whether to continue his commitment to the soccer team or take one of the openings for training to become a Firefighter with the City of Pawtucket. He couldn't do both, the fire training conflicted with soccer training camp and his coach wouldn't give him any slack on showing up late. It wasn't an easy decision for Tim, but he looked at the big picture and knew that he would have to leave soccer behind. Fast forward to this year, Tim's completed all of his training, EMT classes, will graduate from Franklin Pierce with his classmates next year and has been sworn in and on the City of Pawtucket Fire Dept. A lot of young men his age wouldn't have been able to handle the work load Tim put on himself, but Tim will be the first to tell you that it was all worth it.We're all very proud of Tim and all the hard work and dedication he's put forth over the last couple of years.
Posted by Paul at 7:00 AM No comments: Links to this post