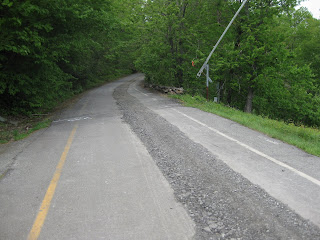 This is why the roads were closed. Power cables are being buried in the middle of the road. 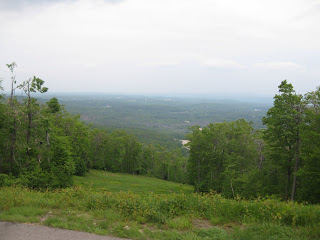 A view half way down. 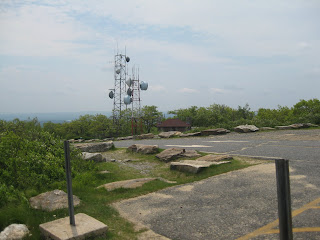 Some of the many antenna's on the summit. 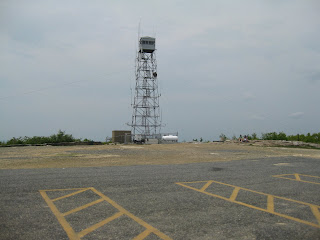 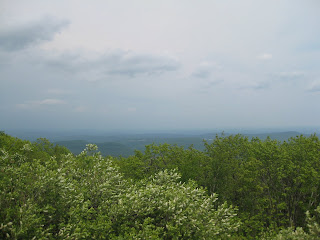 One of the great views at the summit. 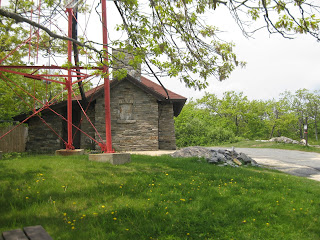 There was a picnic table under a shade tree here where I rested. 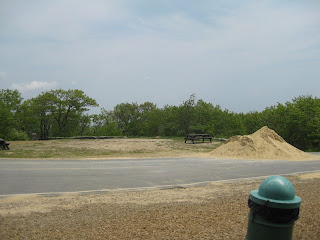 A view of the summit with a pile of sand in the middle of the road. 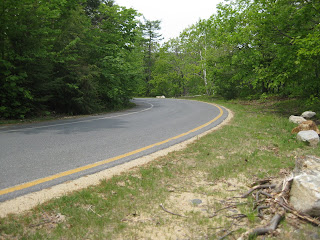 I took a breather here on the rocks before I continued up the climb. This is looking down from where I just came up. 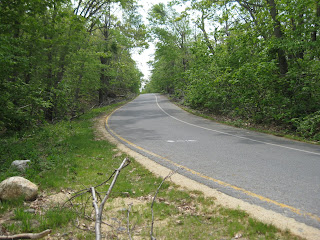 The climb up on the main road. 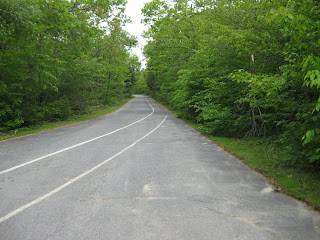 Another view of the climb. 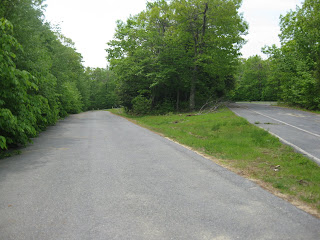 Administration road intersects here at the road on the left. 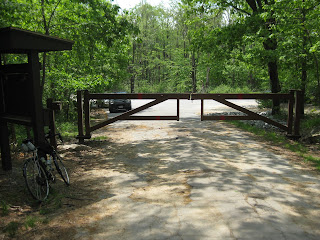 The gate leading to Administration road. 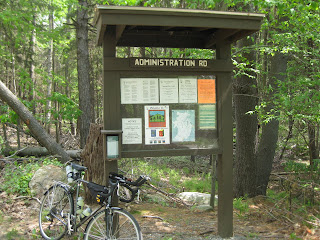 I brief rest stop before I start the climb. 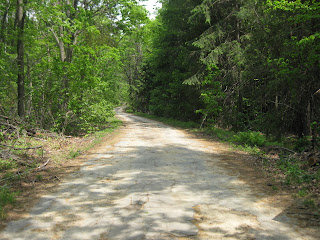 A sandy,pothole laden Administration road. It was so bad at one point, I had to dismount and walk for about 50 yards.


This was a long hilly ride and then throw in a climb to the summit and you feel like you rode a century. The main roads are closed going to the summit because of construction going on, but I was aware of it earlier in the week so I knew the only way up was going to be via Administration rd. I ended up with 78.5 miles and a new top speed of 46mph. That 46 mph wasn't from the descent of Wachusett, it was from another downhill earlier in the ride.
Posted by Paul at 8:07 AM No comments: Links to this post 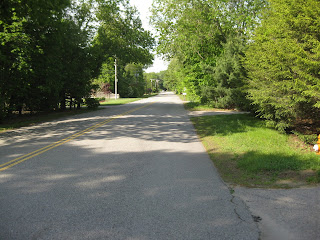 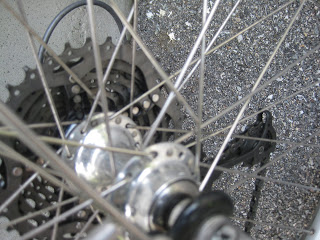 This time it was a non drive side spoke.

Friday I got my usual after work ride in but cut it short after breaking a spoke. I ended up with 12.5 miles.
Posted by Paul at 8:00 AM No comments: Links to this post