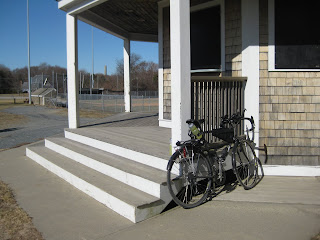 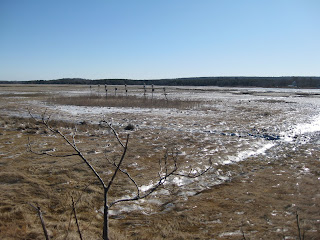 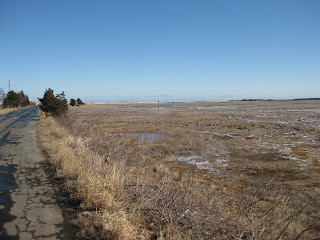 Getting close to the boardwalk. 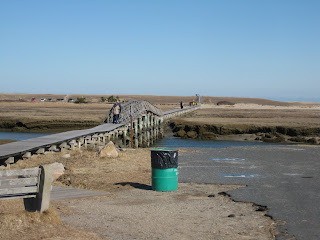 This is a really nice boardwalk. 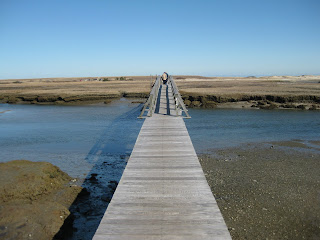 No riding allowed, you have to walk across it. 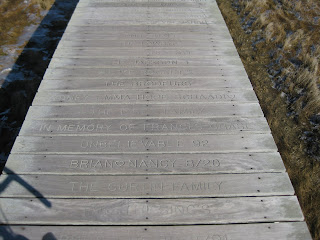 Every board has the name of a donor on it. 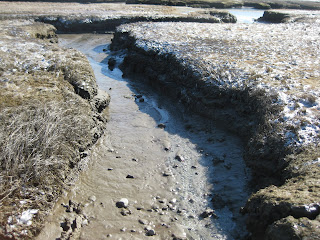 Tide was out when I crossed over the marsh. 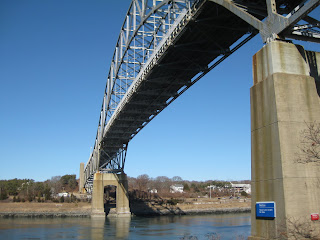 Going under the Sagamore bridge on the canal path. 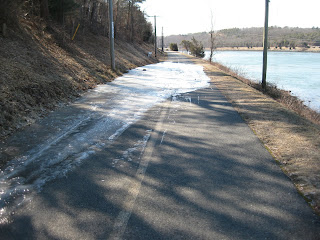 This was the only section of the path covered with ice. 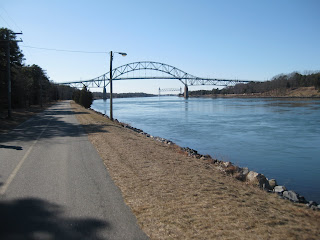 Coming up to the Bourne bridge.


I drove down to my son Thomas's house on the Cape for Super Bowl Sunday. I decided it would be a great opportunity to get in a longer ride than normal during the winter. I've always done the long loop of the NBW's Cape Caper ride, so this was a good chance to do the medium loop of the ride. I started out in Mashpee at Tom's house at 11:00, it was 26 degree's with a stiff wind. The hardest part of the ride were the first 10 miles where most of the climbing was. Don't let anybody tell you the Cape is flat, it's not! My biggest concern was how bad the wind would be when I got to the canal path. It couldn't have been any worse, I had a head wind along the whole canal. Other than the wind it was a great ride with little traffic.