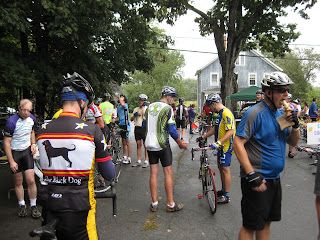 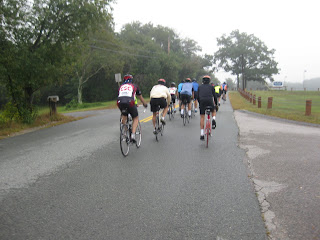 Lots of big groups at the beginning of the ride. 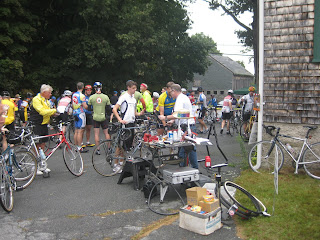 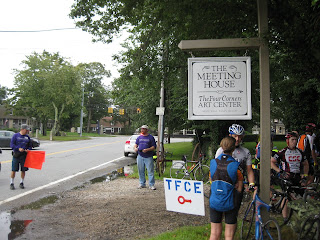 Ted, welcoming us to the second rest stop. 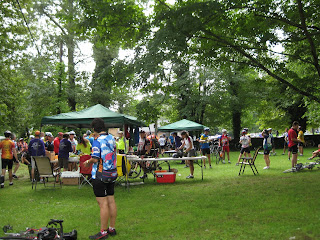 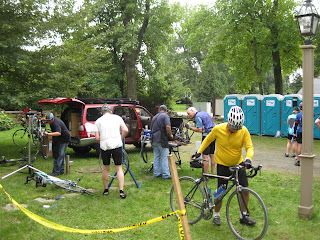 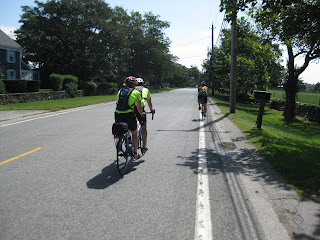 There were quite a few tandems on the ride. 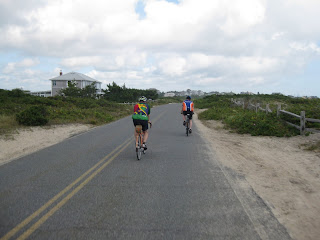 Henry and John out ahead of me. 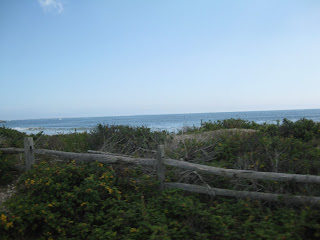 One of the few water views on the ride. 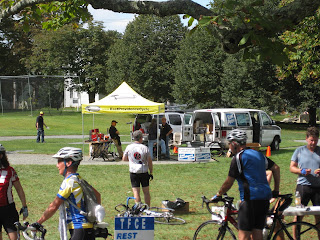 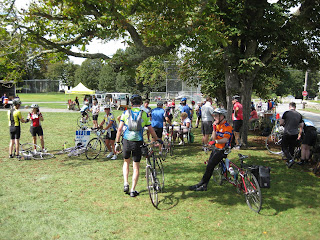 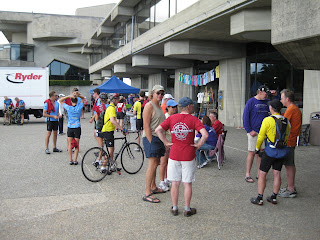 Everyone mingling at the finish.


Sunday was the clubs annual TFCE ride. The day started out horrible with mist and cloudy skies that didn't give way to the sun until around 2:00. John and I got started about 7:00 and headed out on the wet roads. The first rest stop was jammed with riders waiting to use the bathrooms and refuel. The next two rest stops weren't as busy. During the ride my rear wheel gave up and pulled two spoke nipples through the rim, causing it to go way out of true. I backed off the rear brake as much as possible, but it still rubbed the rim pretty good. That was the last thing I needed on a century, having to pedal harder to overcome the added friction. By the last loop, I was cooked and talked John into skipping it, so I ended up with 92.5 miles for the day. While riding I spotted a guy riding an orange Rivendale and wondered if it was Henry, sure enough it was. We got a chance to chat for a while before he continued on. A great fully supported ride as usual.
Posted by Paul at 10:36 AM No comments: Links to this post 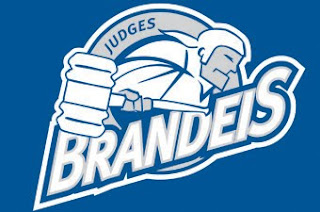 Springfield has beaten Brandeis the last two years in very close games so we were looking forward to this one. Unfortunately I wasn't able to attend, but I heard it was a great game that ended 0-0. Click on the link and read about it. http://www.brandeisjudges.com/sports/fall/wsoc/2009-10/news/springfield
Posted by Paul at 9:50 AM No comments: Links to this post 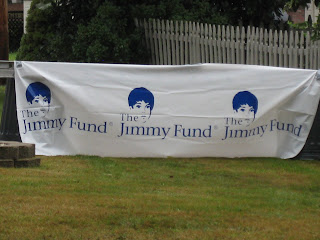 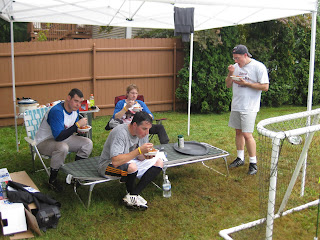 The boys refuel with some pasta and meatballs. 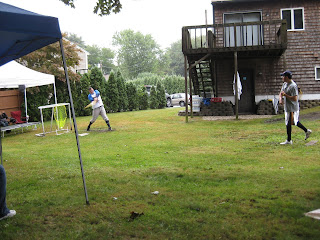 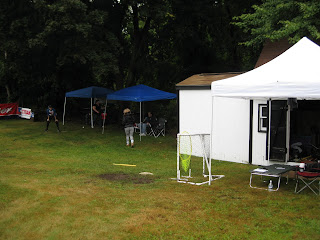 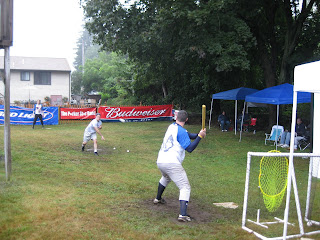 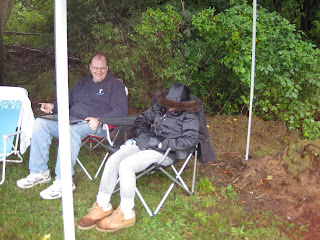 Brandi taking a snooze, check out those shoes. 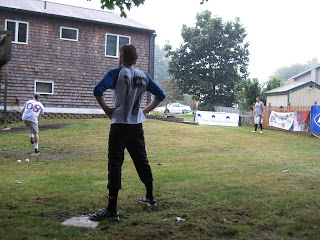 Kevin on first base. 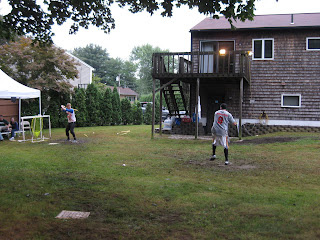 Starting to get dark out, the lights are on. 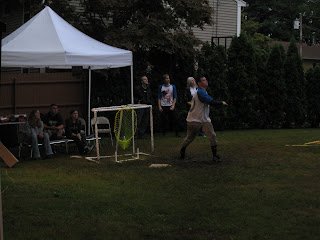 Tom swings and the fans watch it go out of the park. 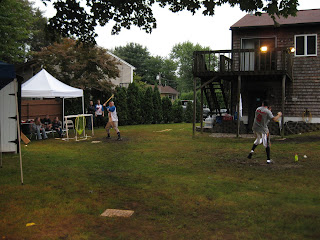 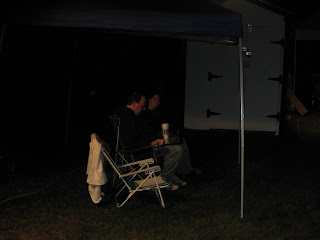 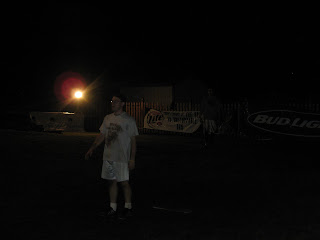 
My son Thomas and his friend Kevin came up with the idea of having a 24 hour whiffleball game to raise money for the Jimmy Fund. They held it this past Saturday and did a commendable job trying to complete it in horrible weather. It started at 9:45 Saturday morning and they finally gave out do to fatigue and other issues at 2:00 am Sunday morning. All in all it was a great experience and they raised over $3,000.00 for the Jimmy Fund.
Posted by Paul at 8:12 AM No comments: Links to this post